The Internet marketing campaign, both in terms of monetization and branding, must reflect an understanding as well as a synthesis, an integration of the various tools, applications, and platforms available and necessary for an effective inbound marketing campaign.

In order to achieve the ultimate Internet image, in other words, in order to effectively brand yourself and your product, you must pursue and implement a program designed to optimize the best Web 2.0 has to offer with various other “new media,” Internet marketing techniques (e.g., email marketing, on-site marketing, affiliate marketing, free advertising, etc).

In order to fully exploit the growing popularity of social media generally, and certain social networking and video-sharing sites specifically, it must be understood that there is a major sift underway, a transition taking place on the Internet today.

While I have addressed this transition at some length in previous articles, I will review and also discuss the various usage trends evident on the web, particularly as they relate to new media and online business.

Social networking sites are myriad, with more popping up every day. Social bookmarking and video-sharing sites are just as plentiful. That being the case, it is imperative we understand the transition and the trends underway and ongoing if, as Internet marketers, we wish to take advantage of the veritable gold rush underway on the web today.

However, a word of caution! While I use the phrase gold rush, I must add a caveat. Without the proper understanding, preparation, and an intelligent, well thought out inbound marketing strategy, the online campaign will come up bust every time.

There are marketers disappearing as fast as they appear, 60% attrition from Twitter at last report, because they simply do not understand the intricacies, the balance, and the psychology underlying this rush to gold.

Certainly it is true that not all of the 60% are or ever were marketers but the drop off is illustrative of just how fast the attraction and the luster fades. Interestingly, certain social media sites have come, and others gone, while you read this article, some fading into oblivion and others popping up to take their place.

Many of the Twitter marketers (i.e., Twits, Twitterers or Tweeple) find out quite rapidly that a simple link doesn’t convert as well as the Twitter Hawks, I term I coined to label those individuals selling the dream, the “picks and shovels” to Tweeple looking to cash in on the Internet version of the California Gold Rush or was it the Alaska Gold Rush?

Many soon discover it takes more than a metaphorical pick and shovel, meaning the latest load of rehashed and replayed Twitter marketing “stuff,” a lot nicer than the four letter word I was considering for a lot of it, from one of the myriad of Twitter marketing “gurus,” some with almost no followers and following even fewer…but they are experts?

I mention Twitter because it is illustrative and symptomatic of a much deeper problem on the web generally, and within social media specifically. I am speaking of what rests at the very base, in fact is the basis of any effective marketing campaign, online or offline traditional brick and mortar, anywhere in the world, and in any field.

The problem has to do with a clear lack of understanding of the sales process. Yes, we call it all kinds of fancy names in order to avoid saying the “S” word, that four letter word everyone hates. You see, S…E…L…L…is the ultimate four letter word! “I can’t SELL!” “Do I have to SELL anything?” “Will it involve having to SELL something?”

“I didn’t know I’d have to SELL anything!” The best one, “He just wants to SELL me something!” The list goes on and the italicized emphasis placed on the four letter word doesn’t do the disdain, the utter contempt, the revulsion and/or the fear associated with the word justice. But it the best I can do.

I am certain you can hear people in your mind as you read the quotes, these are real and I have heard them all, so have most of you. Have you ever uttered any of the above quotes? Certainly! We don’t like to be S…O…L…D…we like to buy!

The irony here should be immediately apparent. In order for you to buy anything, someone else has to do that four letter word to you. Interesting!

The S…A…L…E…and the Sales Process

We refer to the sales process, selling and sales, in many different ways, some are: online business; Internet marketing; inbound marketing; new media marketing; old media and/or outbound advertising; and, just about anything else but what it is, a S…A…L…E!

Significantly, what many are talking about when speaking of sales and marketing is getting someone to take out their wallet and plunk down some cash. Interestingly, a sale is more than just an action and a transaction, much more!

You see, you are selling when you get someone to donate their time, listen to your teleseminar, follow your tweets, check out a favorite quote, read a book you recommend, click on your link, join you on LinkedIn or facebook or friendfeed, etc.

So, whatever you do, wherever you do it, most of it is selling. Sometimes sales is about cash, occasionally a lot of cash! And that may actually retard the selling process, we will talk about why in a upcoming article, but selling is not about the cash, it never is, never has been.

Cash is a byproduct of the sale, small letters and no emphasis. Sales is about what makes sites like Twitter and Facebook and the hundreds of others popular, it’s about the connection, the relationship, the bond that forms before most sales are ever made. Let me say that again…

…it’s about the connection, the relationship, the bond!

Unfortunately, many Tweeple, in fact most people new to sales, advertising, and marketing simply do not have what it takes to make a sale, much less a S…A…L…E! There is a secret to selling and I am going to share it with you here. I’m going to share it with you so you too may have the success I have had over the years, as a direct result of selling. Yes, selling! You see, life is a sales and marketing process, all of it.

The Other Four Letter Word!

Did you notice something else? S…E…L…F…is also a four letter word, one just as detrimental to the sales process as the word S…E…L…L! So, get your S…E…L…F…out of the sales process and make your prospective client’s self-interest your focus!

The Secret and The Close…Another Four Letter Word

Oh yeah! The secret? The secret is two-fold and you have the answer above. The secret is that there is no sales process! If you attempt to S…E…L…L…anything, you will fail. Yes, you may close the S…A…L…E, and close should be another four letter word.

A lasting relationship, one built on a connection and a bond, means you will have a steady client, referrals, and repeat business. The close? Closing someone leads to cancellations, an unhappy client, and clients focused on one thing, price! The price fixation is never a good situation, always a bad S…A…L…E!

Selling is about what? Yes, that’s right! The sales process is all about the connection, the relationship, and the bond. I have always been an unconventional salesman. I have never followed a sales script, never. If an employer wanted me to follow a script, the script I followed was an exit script.

Social media is an integral component in the connection/relationship/bond building model, but just one aspect, one ingredient. In fact, there are several key components, all necessary if a traditional brick and mortar business is making the move to an online presence or an Internet marketing concern is stepping up its Internet image.

In either case there is one absolute, social media is about the connection and the beginnings of a relationship, to achieve the next component, the bond, the business, offline or online, will require additional steps to ensure its success.

In the upcoming three articles we will deal with the various aspects of social media, social bookmarking, and video-sharing sites. Next, in Part II, we will discuss the various social media platforms and how to best integrate them into what will become the ultimate Internet image! 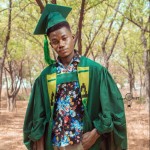 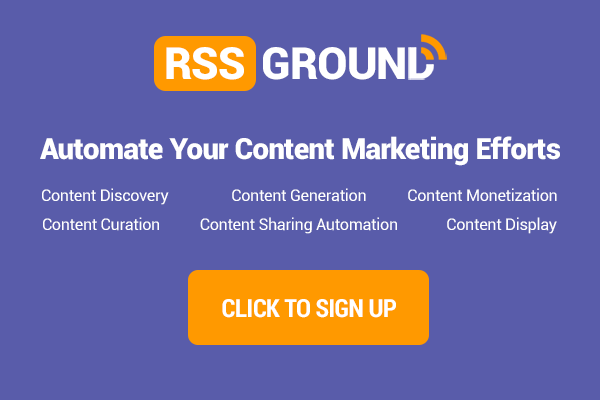